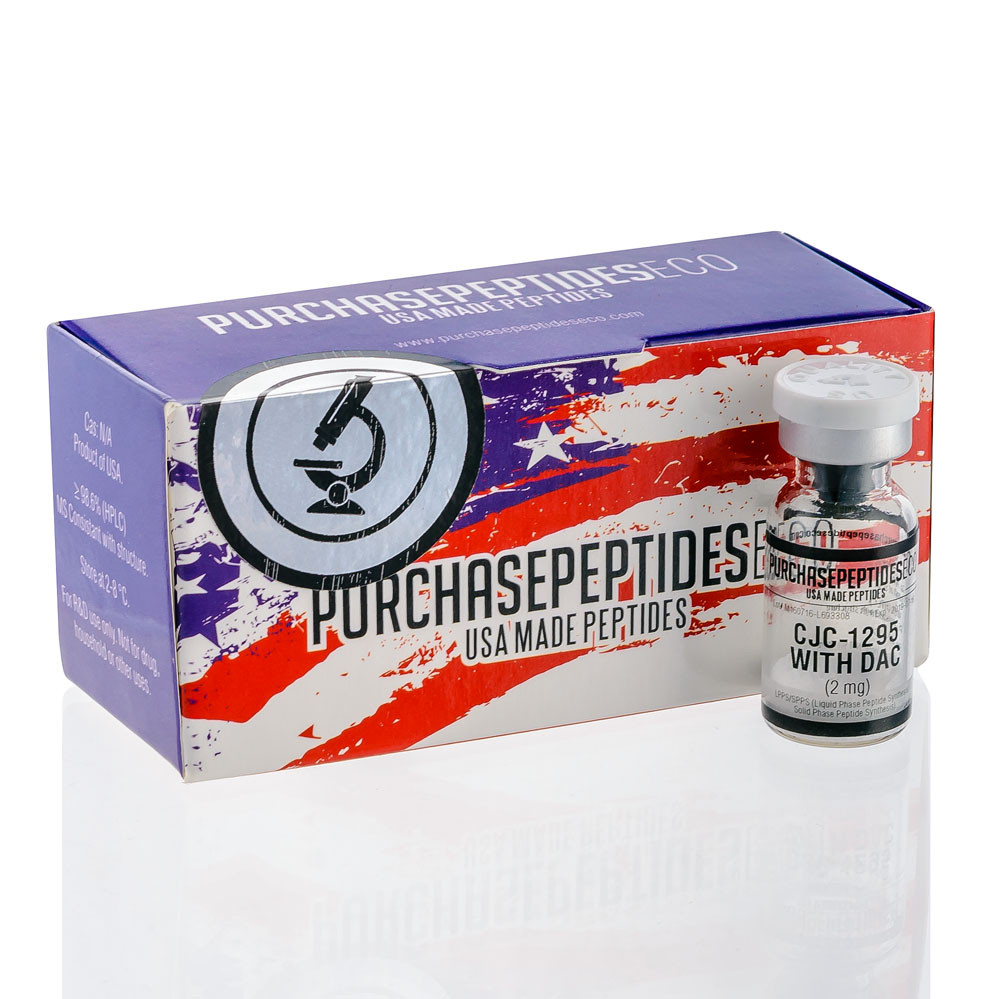 It may have a name similar to a complicated robot from Star Wars, but in all fairness, CJC-1295 isn’t that hard to understand. So what is cjc 1295? It is a peptide and part of a small amino acid chain. AAC linking together to form proteins.

Peptides work in a variety of different ways on the body, and in the case of cjc 1295, this product acts as a hormone secretagogue, causing the body to release Growth hormone via the pituitary gland.

Human Growth Hormone (HGH) produces a lot of powerful effects including an increase in muscle mass, energy, and a boost in metabolism, but it can be dangerous to introduce the hormone directly into the body. Rather than do this, a peptide such as CJC 1295 safely triggers your body to produce the hormone on its own, in a natural manner.

The research was initially carried out on the peptide because it was thought that it could treat certain diseases, but professional athletes have soon discovered its performance-enhancing effects. It has gained an appeal amongst athletes and the athletic community worldwide, helping synthesize protein and cause more muscle tissue to grow. It is also largely appealing as an anti-aging peptide, typically combined with other peptides such as Ipamorelin, although the latter has a shorter half-life, smaller period of action and there are some ipamorelin side effects.

Interestingly, there are actually two different types of CJC 1295 (Ipamorelin). To understand, you need to look at the hypothalamus where growth hormone-releasing hormone (GHRH) is produced. The release of GHRH causes HGH to be released from the pituitary gland. The half-life of GHRH is relatively short and it is removed from the blood very quickly.

Manufacturers first created a peptide known as Sermorelin with a half-life of 30 minutes called CJC-1295. However, this was modified in the future by adding a Drug Affinity Complex (DAC), which helps increase the overall half-life by 8 days – this is what’s known as cjc dac.

Ipamorelin is a peptide made up of 5 amino acid chains that are often used in combination with CJC 1295 to increase HGH levels. The two substances are very similar and used in tandem to produce more HGH via the pituitary gland. Ipamorelin was the first selective growth hormone secretagogue to be developed. What this means is that Ipamorelin mimics the action of ghrelin in the body and via this process triggers the release of HGH.

Most of the time, hormones trigger a number of other hormones in the body, leading to unwanted side effects, but Ipamorelin only triggers HGH release.

Why Combine CJC-1295 and Ipamorelin?

You may have read about cjc 1295 ipamorelin benefits online, and the two products are often combined together for better use. Ipamorelin generates a very similar increase in HGH, but without suppressing satiety or increasing levels of acetylcholine, cortisol, prolactin or aldosterone. The result is healthy muscle generation in a way that is well tolerated by the body.

Although the vast majority of cjc1295 studies are on animals, there is ample research on the compound’s effect on humans too. However, most large-scale studies are pending. Most people take the product either for its anti-aging properties or because it generates an increase in muscle mass, but there are other great things it can do too. Let’s take a look at some of the main benefits:.

●     Studies from the likes of Svensson et al. show that CJC 1295 can increase bone density and bone mineral content. Testing was carried out on rats in experimental settings – the group of rats that had the peptide injected experienced four-fold increases in bone density.

●    The peptide can offset HGH deficiency in humans.

●    The Journal of Hormone Research in Paediatrics carried out some interesting studies on GHG, linking it to accelerated body fat loss. Obese participants that had the peptide administered to them experienced accelerated fat loss over time.

●     Your metabolism and energy will increase, helping you last longer and giving you more energy on the whole. This can actually help you decrease weight over time.

●     As a result of increased levels of HGH, your injuries and wounds will heal faster and better than normal.

●     It’s difficult to build lean muscle mass, especially as you get older. Studies such as those carried out by Andersen et al. have discussed the reasons behind growth hormone secretagogue increasing muscle mass. CJC 1295 helps you put on lean muscle with very few side effects to the body.

Research into cjc peptide reveals surprisingly few side effects and adverse reactions in both human and animal testing. If you consider that the body requires amino acids in the first place, it is unlikely that further introduction of a small amount of them will adversely affect the average user.

However, biology is complicated and every human body is different, so there are always some side effects. When looking at various CJC-1295 reviews, you’ll find that the most common side effects include redness, irritation, pain, and swelling, yet these are also common symptoms of improper injection practice.

In addition, some of the most common effects are:

●     Pain around the area of injection

●     Irritation of the skin around the injection site

If you take CJC-1295 and notice some serious medical conditions arise, you should stop taking the product and contact your doctor. Don’t risk and ignore it – seek medical attention immediately.

Although there is a lack of concrete guidelines on how to take the product, there are definitely some wrong ways to do it, and it is important to administer cjc-1295 correctly. We recommend injecting the product into your body, so let’s find out more about how to do this.

It can be daunting at first, but injection is best done subcutaneously, i.e. in a fatty part of your body. Some of the best and easiest places to inject include the waist, upper thigh, or back. Make sure to keep things as sterile as possible, and always clean the site before and after with an alcohol-based swab to prevent any risk of infection. Always mix your best peptides with sterilized water before drawing them into a syringe.

A typical dose of the peptide is around 300 mcg per day, which can be administered once or twice a day in doses ranging from 250 to 100 mcg. It’s even possible to go as far as 500 mcg in one dose.

Your dosage cycle will vary based on your general activity. For those who exercise frequently or are involved in bodybuilding, a typical cycle is three months, but you can also push up to 16 weeks to get the maximum benefits. If you’re just starting out,  go for a much smaller cycle between two and four weeks. If you feel as though your body can handle it, you can make incremental increases.

The great thing about cjc 1295 administration is that you can take it whenever you want in the day, although injecting when you’re on an empty stomach will bring about the best results. We recommend injecting in the evening (as this is when the body naturally tends to secrete HGH) around 20 minutes before you eat or drink. Always speak with your doctor before starting your cjc 1295 no dac cycle.

Many people take cjc 1295 in combination with DAC, another peptide that results in overall greater peptide bonding. For those who want to use cjc 1295 dac together, your cjc 1295 dac dosage cycle will require a smaller dose because of the shorter half-life of DAC. It is important to check in on your body and assess how you feel.

With common freeze-dried peptides such as CJC-1295, you can store them at room temperature in their initial packaging for up to one month, sometimes even longer. If you’re planning on long term storage, they will last in your fridge at 4 °C or colder for several months. Always try and keep them out of natural sunlight or away from intense light as this can damage the compound. For best results with long term storage, if you can get low enough freezing temperatures, store your peptides below -20 °C.

We’ve talked about injection as this is the most common and effective form, but there are other ways too. If you’re not so keen on sticking needles in, it is possible to consume the peptide orally. It results in slightly lower absorption rates, however, if you keep it under your tongue for as long as you can, this will massively up the absorption rate to around 95%.

When using cjc 1295 and ipamorelin, we recommend taking a break of three to six months in order for your pituitary gland to recover and not be overstimulated. These “peptide holidays” can minimize your risk of HGH resistance.

If you take too much of the peptide without a break, antibodies can bind excessively to inactivate HGH or you may experience something called down-regulation, where there will be fewer HGH receptors found on tissues. Although these are mild concerns and no long-term studies have shown anything other than theoretical concerns, it’s better to be safe than sorry.

It’s important to point out that cjc 1295 with or without dac is not suitable for pregnant or breastfeeding women. If in doubt, always ask your local physician or medical practitioner for advice before taking this peptide.

Having discussed cjc 1295 dosage, when are you likely to see results after taking the product? After all, what is cjc good for if it doesn’t bring results? Results are dependent on the individual aspects that make up your physiology, including your lifestyle, age, genetics, and immune system functioning. It will likely take you a few weeks before you notice any significant difference. Although not a quick-fix solution, it’s not super slow either.

Take a look below at what an average user might expect to experience over time:

CJC 1295: Before and After Results

Here are some photos of the sportsmens claimed to use peptides, one of them is CJC 1295. Just take a look at the photos:

We hope that our cjc 1295/ipamorelin guide has illustrated the pros and cons to help inform your future decisions. There are a number of benefits, mostly the acquisition of lean muscle mass and various anti-aging properties. As you read this in 2020, a lot of studies are happening on ipamorelin peptide and cjc 1295 that may contribute further to the reliability of findings.

It is always important to understand the tradeoffs and consider the side effects, be sure to research extensively before administering any peptide yourself. Always consult with a doctor or healthcare professional before taking CJC-1295, because although there are relatively few side effects, not every human body reacts the same way. All the best!